Have you ever wondered what players are thinking when they analyze tennis balls before serving? A recent video from Vox digs into the details and interviews players and coaches to provide insight into the ritual.

Data shared from The Tennis Nerds Blog shows how wear and tear on the grass at Wimbledon impacts average rally length and ace rates. Andy Murray replied that his feeling has always been the opposite of what the data suggests and shares a theory for why the discrepancy might exist.

This is interesting data but my feeling has always the been the opposite. Courts slower at beginning of event and speeding up as grass wears out and becomes shorter. Possibly the better players at end of event are better able to extend rallies?

Learn About the 6 Mistakes

After her Wimbledon qualifying match, Dutch world #206 Indy de Vroome was told by the ref that the inside of her visor wasn’t white enough. The tournament is well known for the strict enforcement of its dress code. 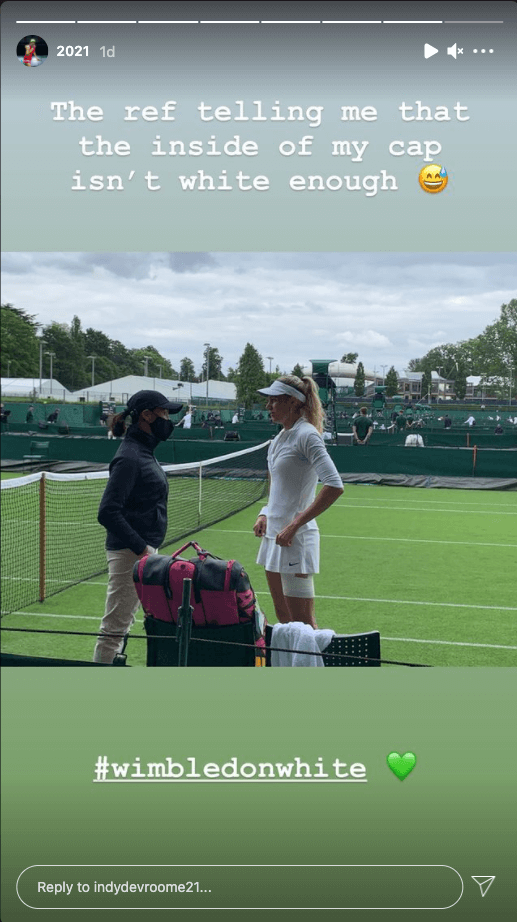 Fan-favorite Stan Wawrinka last competed in March and has only played four tournaments this year due to a nagging left foot injury. This week, he had a second surgery on his foot. Despite the circumstances, he showed a bit of optimism in his latest post to fans.

One of the biggest stories from the French Open was Naomi Osaka’s unfortunate and unexpected departure. Sighting mental health and depression, Naomi felt she was better off taking time to care for herself vs. continuing to compete, which she was widely supported for doing. Wednesday, Alex Abad-Santos published an article on Vox highlighting the long-standing issues with tennis journalism – especially surrounding women of color. It’s a worthy read for anyone looking to educate themselves on the topic.

Federer made it to the fourth round at the French Open but decided to withdraw from the tournament to protect his knee. Reactions were mixed with many, including Patrick McEnroe, expressing some level of disapproval for his decision. Of course, Roger had plenty of support, such as Andy Murray, who was inspired by his participation at age 39.
END_OF_DOCUMENT_TOKEN_TO_BE_REPLACED

New for 2021, the Babolat Pure Drive is a powerful and spin-friendly tennis racquet that remains one of the most popular on the market.

The latest release marks the 10th generation, and although Babolat doesn’t stray far from its time-tested formula, there are a handful of noteworthy refinements to the frame’s construction.

END_OF_DOCUMENT_TOKEN_TO_BE_REPLACED

Now in its 10th generation, the Babolat Pure Drive 2021 retains its time-tested formula while incorporating a handful of noteworthy refinements for what I expect will remain one of the game’s most popular tennis racquets. In my latest video, I explore the frame in-depth to help players determine if it’s a good fit or worth an upgrade.