In this article, we dive deep into the topic of tennis balls, providing a definition, and answering the most common questions on the subject.

Definition of a Ball in Tennis

A small hollow object made of rubber, covered in fluorescent yellow felt and pressurized so that it bounces. 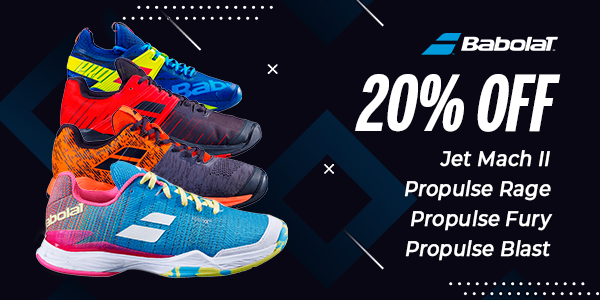 Examples of Ball in a Sentence

Ok, it’s time to pick up the tennis balls.

Tennis balls are a unique piece of equipment developed exclusively for the sport and are necessary to play tennis.

Most cans come with three tennis balls. This number permits the server to carry at least two for their first and second serve. A total of three allows players to rotate them throughout the match.

Having extra balls during a match also helps keep play moving because you don’t have to chase them down as much, but the more balls you use, the more expensive it gets.

Unfortunately, once opened, tennis balls begin to lose their pressure. As a result, unless you play multiple times per week, where you’d get good use out of more than three tennis balls, you may want to consider only opening one can at a time to save yourself money.

What color is a tennis ball?

Tennis balls come in a variety of colors. However, the most common type of tennis ball is yellow or, more specifically, optic yellow.

Why are tennis balls yellow?

Originally, tennis balls were typically white or black, depending on the color of the court to help increase visibility. However, in 1972 the ITF introduced yellow tennis balls because they were significantly more easy to see on TV. Wimbledon didn’t adopt yellow balls up until 1986.

The most common types of tennis balls used in recreational and professional play will have a diameter that ranges from 6.54-6.86 cm (2.57-2.70 in).

At the tour level, there are four types of balls permitted for play which include:

For 10 and Under Tennis, there is a range of tennis balls suited for different levels of play. They include:

How much does a tennis ball weigh?

For 10 and Under Yennis, the weight requirements for each type of ball varies as follows:

What are tennis balls made of?

Tennis balls consist of a two-piece rubber shell that manufacturers mold together to form a hollow core, injected with pressurized gas to give the ball its bounce, and wrapped with a synthetic felt that glues to the surface for durability.

How are tennis balls made?

Tennis balls are made through a 10 step production process that includes:

Why are tennis balls fuzzy?

The fuzz on a tennis ball exists for a few different reasons, including:

What’s inside a tennis ball?

Underneath the outer layer of felt, the inside of a tennis ball contains a hollow rubber core. The core is pressurized with air or nitrogen, which helps gives the ball its bounce.

What is the tennis ball smell?

The smell of a freshly opened can of tennis balls is the result of a mixture of the materials used to create a tennis ball, which primarily consists of a rubber core, glue, and felt outer covering.

How or why does a tennis ball bounce?

A tennis ball bounces due to its spherical shape, hollow rubber inner core, and, most importantly, the fact that they are pressurized.

Why do tennis balls come in cans?

The most common type of tennis ball is pressurized to help give the ball its bounce. As such, cans are pressurized during the packaging of tennis balls to ensure the balls maintain their pressure up until the point a consumer receives and plays with them.

However, not all tennis balls come in cans. Pressureless tennis balls often come in buckets or bags, especially when sold in bulk.

Why do tennis balls have numbers on them?

The numbers on tennis balls help players keep track of their tennis balls while playing next to other courts. Tennis balls typically come in cans of three balls, all with the same number for this purpose.

Will a tennis ball sink or float?

A tennis ball will float because buoyant rubber material forms the core of the ball. Additionally, tennis balls are hollow and filled with air.

Will a tennis ball explode in a fire?

A tennis ball will not explode in a fire. Nitrogen, which is often used to pressurize some tennis balls, is not flammable.

Will a tennis ball dent a car?

Absolutely. If hit hard and directly at a car, a tennis ball can easily dent a vehicle. However, any ball hit out of a court that strikes a car in a parking lot is very unlikely to make a dent.

What kind of gas is a tennis ball filled with?

Pressurized air or a mixture of air and nitrogen is the gas used to pressurize a tennis ball.

What kind of tennis balls do the four majors (Wimbledon, the US Open, the French Open, and the Australian Open) use?

How many tennis balls does each of the four majors (Wimbledon, the US Open, the French Open, and the Australian Open) use per year?

The five most popular tennis ball manufacturers include:

Have questions about tennis balls? Let us know in the comments below – we’re here to help.

Are you on the hunt for the best tennis racquet? Look no further. We have hand-selected list of the…

If you’re in the market for a new set of tennis strings, then you’ve come to the right place. We’ve…

Finding the best tennis gift for a friend or family member can be tricky, especially if you don’t play…

Join Now
The last comment and 1 other comment(s) need to be approved.
0 replies