After sending a letter to Craig Tiley, the Australian Open tournament director, with suggestions (perceived by many as demands) for handling player quarantine, the media erupted, calling him selfish, difficult, and ungrateful. In response, Djokovic felt compelled to share a public note to clear the air.

In a new series, Legends of Tennis, the ATP explores the careers of some of the greatest players starting with Stefan Edberg. It’s a quick refresher on what made each player special.

In a post on Twitter, world #13 Victoria Azarenka shared that she’s been working on a talk show and podcast titled “Think About It.” According to Azarenka, the six-episode series, which will be available in video and audio format, will be launched on January 27 on Tennis Channel and anywhere else you listen to podcasts.

I’m excited to share my new project that is coming out very soon… pic.twitter.com/r2NDf5tAoi

4.) Touring with the Bryan Brothers

Ever wonder what it’s like touring with the Bryan brothers? Former co-coach of Bob and Mike Bryan, Dave Marshall, shares his best stories from the tour and locker room, including what made the twins such formidable champions.

Typically, the Australian Open would already be well underway. However, as expected, the pandemic has resulted in shifts to the tour calendars. Here’s a quick reminder of key dates leading up to the year’s first major. 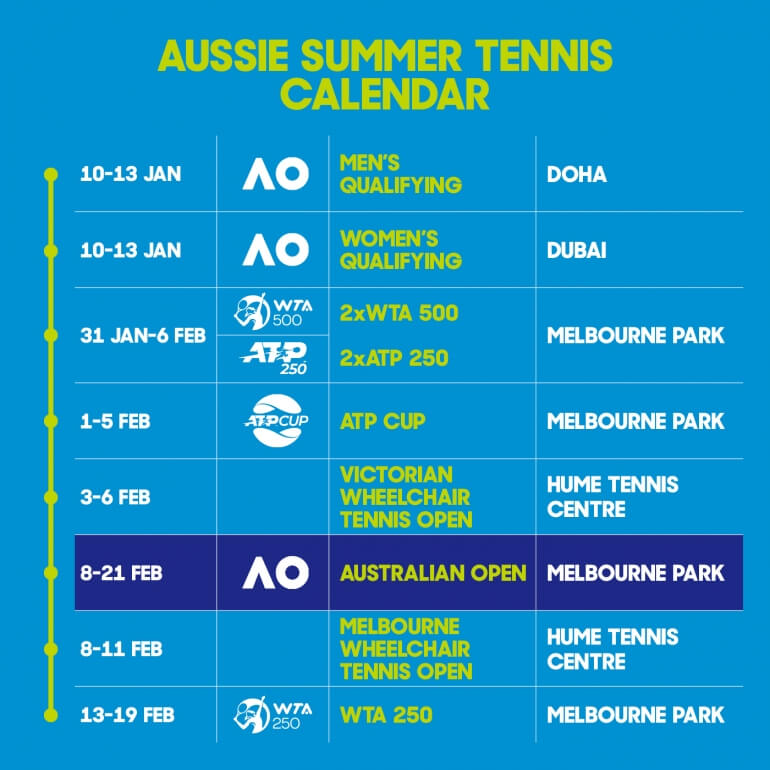