The new documentary will follow ATP and WTA players throughout the 2022 season at all four Grand Slam tournaments, giving fans an unfiltered look at life inside the sport. The documentary will be brought to life by the same production company that filmed the series Formula 1: Drive to Survive for Netflix, and they suggest it will have the same spirit. I’m looking forward to checking it out!

World No. 15, Samantha Stosur of Australia played her last WTA singles match in the second round of the Australian Open. At 37 years old, Sam will leave the sport with six singles and at least 28 doubles titles, seven of which were Grand Slam victories. In 2011, she reached world No. 4 in singles and rose to No. 1 in doubles in 2006. With over $27M in prize money, Sam will walk away as the 22nd highest earner in women’s tennis. At the time of writing, she’s still alive in doubles, so it’s not quite over yet.

Tourna grips are among the most popular and widely used by players of all levels. They’re well known for their dry feel, which gets tacky as you sweat to help maintain a solid grip. However, their lasting durability has never been their strong suit. Enter Tourna Tuff, which has the same look, feel, and performance but improves longevity. They may be a bit harder to get your hands on at the moment but should be widely available come spring. 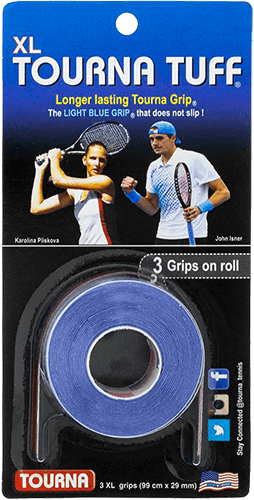 World No. 11, Hubert Hurkacz, put on a show in his first-round Australian Open match, which included a diving volley to break Egor Gerasimov at 4-3 in the fourth set. No. 69, Adrian Mannarino, eliminated him in the second round, but this shot will undoubtedly make a few highlight reels in the coming years.

Into the 2nd round @AustralianOpen 🚀
Thank you for your support 💪🎾#AusOpen pic.twitter.com/IW8AAOnJ3R

ESPN writer and editor D’Arcy Maine breaks down how the USTA’s scouts and the organization’s performance analytics group provide every American player with scouting reports at Grand Slam tournaments and a few other significant events. In the article, she shares how their support helped influence Sofia Kenin’s win over Ash Barty in the semis of the 2020 Australian Open, which she went on to win. Although scouting is nothing new, it’s a unique job, and I thought the article provided some fresh insight you might enjoy.