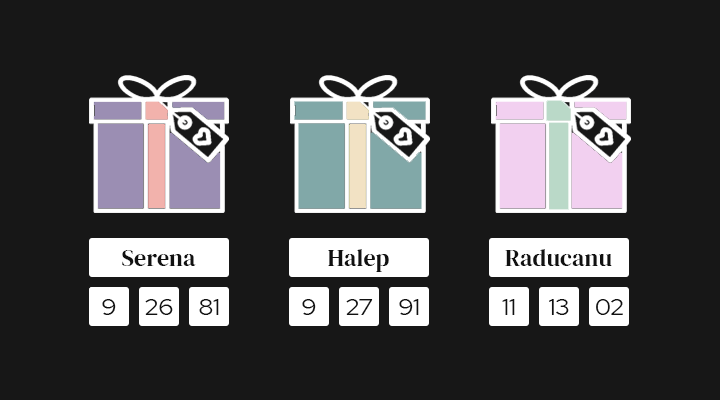 Although most female tennis players start their careers early as teenagers, some players continue competing into their early 40s, as Serena and Venus Williams have shown us in recent years.

Reviewing the data, the average age of the top 100 female tennis players is 27, while the youngest is 18 and the oldest if we count Venus Williams, who has yet to retire, is 42. There’s no doubt it’s a sport, like most others, that favors youth where players are more resilient and less prone to injury.

This guide presents an overview of the ages and birthdays of the top female tennis players in the world for easy reference, along with some stats I dug up on the topic of age that I hope you’ll enjoy.

The following tables list the ages of the top female tennis players, active and retired. Each section organizes players alphabetically by their last names to help you quickly find a specific player.

The table below contains the ages and birthdays of the top WTA tennis players in the world who are currently active.

Explore the ages and birthdays of some of the sport’s most recognizable names who are no longer active.

The WTA showcases an impressive range of younger and older players competing on tour.

Here’s a list of the youngest female players actively participating on the WTA tour and ranked within the top 100.

Although the sport favors youth, a surprising number of successful older players compete in the top 100 on the WTA tour.

Here are some facts you might find interesting about the ages of tennis players throughout tennis history.

The youngest player to reach a world No. 1 ranking is Martina Hingis, who accomplished the feat when she was 16 years, 6 months, and 29 days old.

The following are the top 10 youngest tournament champions in WTA history.

The following are the top 10 oldest tournament champions in WTA history.

Who is the youngest WTA tournament champion?

Tracy Austin is the youngest WTA tournament champion winning her first tournament in 1977 at the age of 14 years, 0 months, and 28 days in Portland.

Who is the youngest WTA Grand Slam champion?

Martina Hingis became the youngest WTA Grand Slam Champion in 1997 when she defeated Mary Pierce at the age of 16 years, 3 months, and 27 days at the Australian Open.

Who is the oldest WTA tournament champion?

Who is the oldest WTA Grand Slam champion?

In 2017, Serena Williams became the oldest Grand Slam champion when she defeated Venus Williams to win the Australian Open at 35 years, 4 months, and 2 days old.